8 Under-The-Radar Watch Brands You Should Know

While we all respect Rolex and admire Omega, the dominance of such legendary watch brands gives the impression that there are only about five or six watch brands around. Anyone with half an eye on what’s happening in the watch world knows that there is so much more than that.

The great thing is that there are so many small brands, if you’re willing to dig a little bit, you’ll likely find a watch design that appeals to you so personally that it almost seems like they made it just for you. If you’re not that inclined to snoop around the internet, venturing into forums (if you’re brave) to find out if you’ve found a diamond or a doozy, read on as we’ve got some off-radar brands which are definitely worth a moment of your time. 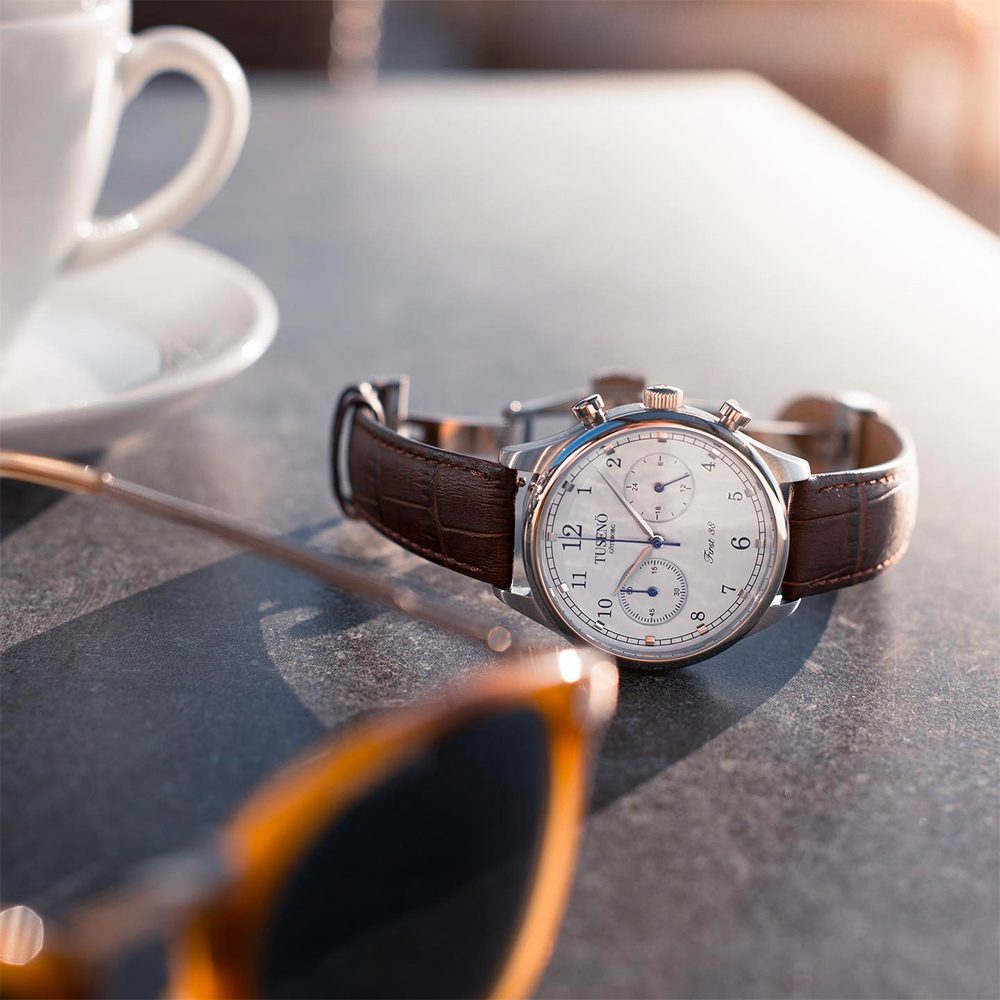 Tusenö is awarded Sweden’s most funded watch ever thanks to a highly successful crowdfunding initiative. Based in Gothenburg, the name comes from an old map book that referred to the west coast of Sweden as “the coast of a thousand islands” or “the coast of the Thousand Islands”, therefore the logo is a mash-up of the lighthouse symbol on old and new sea charts.

Design is done in Sweden and the watches are made in Switzerland and from 2020 all new models will be mechanical. The watches are inspired by the Swedish coast, something more evident in the now sold-out Shellback and its brother the Blackwater, which benefited the Swedish Sea Rescue Society. The First designs, which launched the brand, are more urban men than rough sea dwellers. Founded in 2018, SYE stands for Start Your Engines because founder Arnaud Pézeron wanted to create a watch that made men swoon the way they did when looking at a high-end car. For this he enlisted the help of Ludovic Blanquer and Michel Berra who, under the umbrella of their company Berra Blanquer Design Consultants, had experience designing timepieces for Hautlence, among others.

The peculiarity of the design was that the leather of the bracelet was integrated into the case, creating a watch without lugs. All watches are assembled by renowned watch and clockmakers Reparalux in Besançon, the heart of French watchmaking about an hour’s drive from Geneva. The leather is from Haas tanneries, located in Alsace and owned by The Chanel Group, and the timepieces are Seiko or Miyota automatics. Cases and dials come from Hong Kong.

One for sale: MOT1ON Chronograph (Panda) 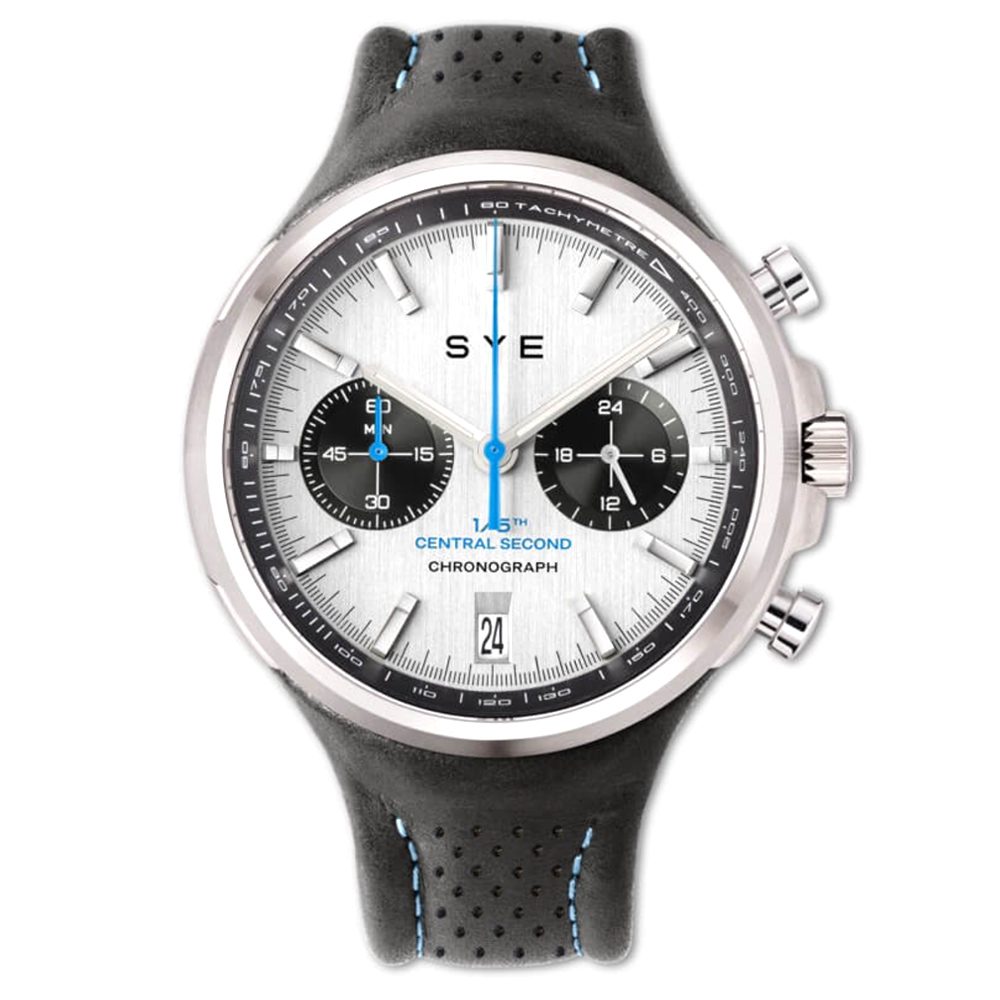 It was a watch journal kept by his father detailing all the timepieces that had passed through his possession that inspired Etienne Malec, the founder of Baltic, to create his own brand, named a tribute to the Polish descent from his father. Malec wanted Baltic to be affordable, yet of excellent quality. Therefore, the company does not have a traditional store structure and is very transparent about where the parts come from.

Everything is assembled in Besançon, but the case and timepieces come from Hong Kong – usually Seagull or Miyota, although for the currently unavailable but highly desirable Micro Rotor, they come from Hangzhou. The accessories come from Italy. The style is undeniably vintage, making them perfect for those who want the retro aesthetic but don’t want the headache of trying to navigate the backwaters of the vintage market.

One for sale: Aquascaphe GMT Orange 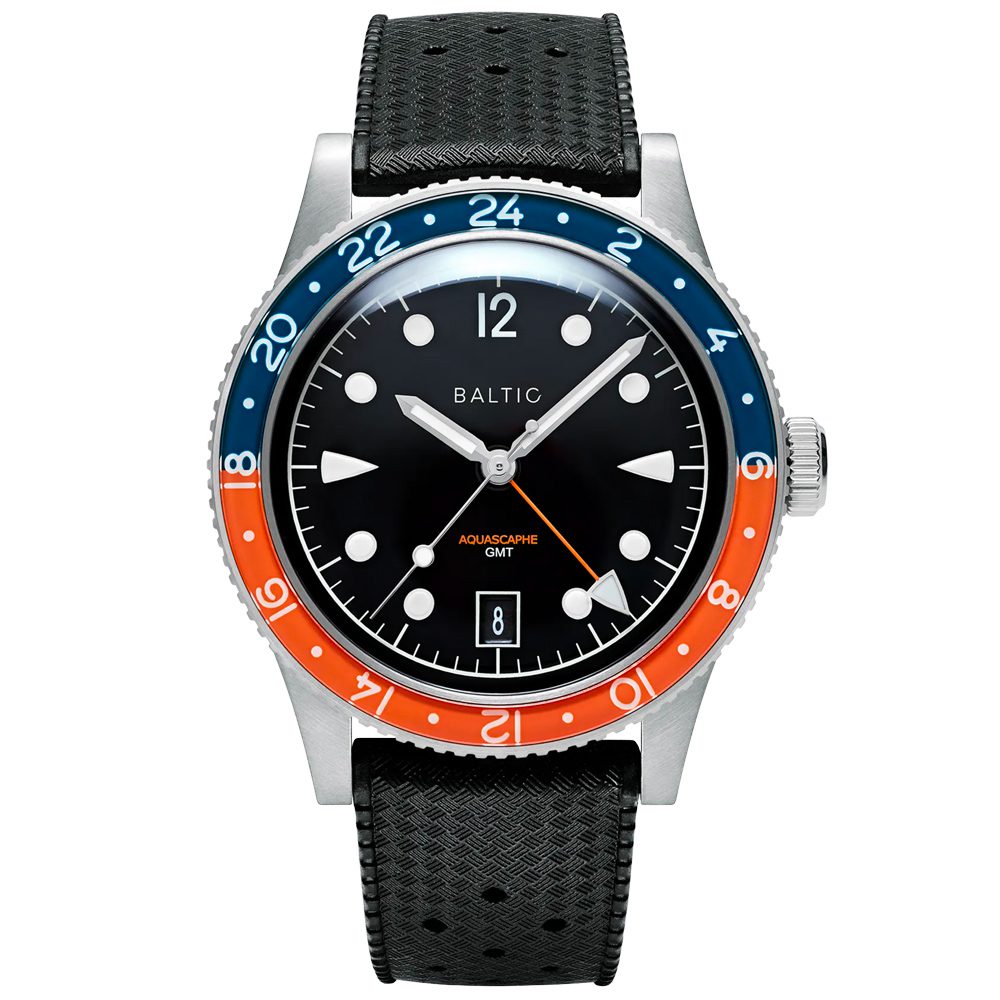 Rectangular cabinet designs used to be all the rage, but after round designs took over, they’ve dominated ever since. Based in London and only founded in 2019, the Monofore team has decided to revive the rectangular watch, and we’re glad they did.

The Art Deco case shape, with a cleverly embedded crown that doesn’t spoil the flowing lines, contrasts beautifully with the modernist dial details. There are no numbers, just indices, laid out in an intriguing formation that seems strange, but at second glance has a strange symmetry. The cases are stainless steel, natural or gold-plated, and the numerous Italian-leather straps are available in a palette of subdued yet rich colors. If a design is going to end the round case world domination, Monofore might be the brand to do it. 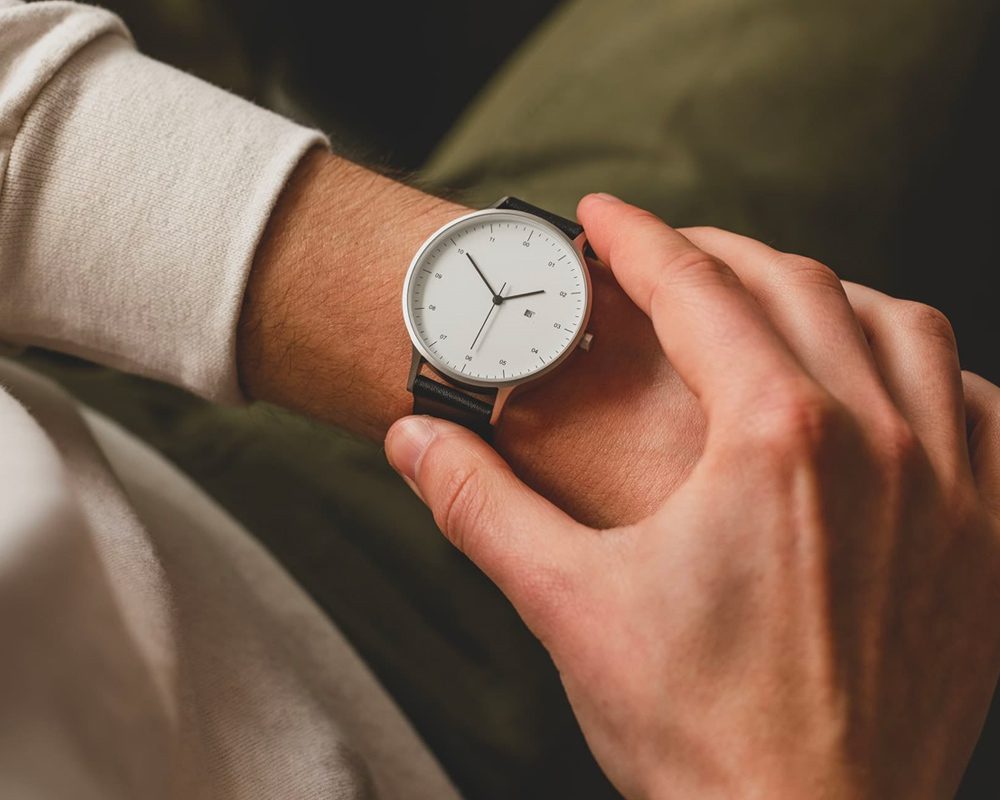 If you want to delve into watch making, an Instrmnt is for you. Launched in 2014, in Glasgow, by product designer Pete Sunderland and graphic designer Ross Baynham, each Instrmnt watch arrives unassembled with the tools to make your own. The aesthetic is extremely minimalistic, which is lucky, because you wouldn’t want to put together a major complication at home. A date window and magnified numbers at 12, 3, 6, and 9 on the Field Watch are the only real details.

Moves include Ronda in the Everyday and a rather flashy Japanese solar in the Field Watch (below), which has a solar cell nestled under the dial. From a single sunny day, it can hold enough power for five months. The packaging is just as cool as the watches and all made from recycled coffee cups.

One to buy: Field Watch 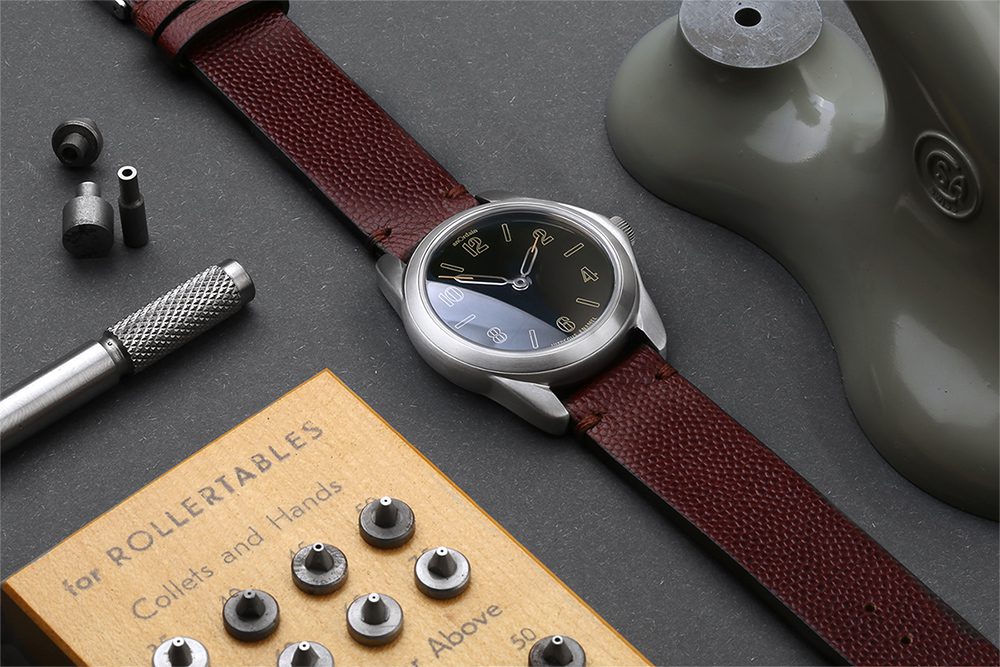 You don’t expect beautiful enamel dials to come from Scotland in general or Glasgow in particular. However, that is exactly the USP of anOrdain. So much so that over three years the team spent 4,000 hours experimenting with enamels from five different countries to hone this craft. They’ve even perfected fumé, that beautifully smoky enamel that starts bright in the center and fades into a dark shade at the edge.

Enamel isn’t the only thing anOrdain (named after a Loch) is obsessed with – this British watch brand lives for detail. It even makes its own hands, something only the most haute Swiss brands deal with. The watches, which are powered by custom Sellitas or ETAs, are very limited edition, so you have to be quick. If you are, you are the proud owner of a truly special timepiece.

One for sale: Model 1 Green Fumé Jonny Garrett was so inspired by his firefighter grandfather that he dedicated a watch brand to him. William Wood has not only given his name to this brand, he has influenced its entire ethos – from the 1920s firefighter helmet logo to the upcycled hose belts, this is a celebration of the British fire service. It can be a gimmick, but manages to get around that thanks to the fact that these details are incorporated into well-designed watches.

The vibe is bright, retro-sporty with an added toolwatch sensibility. There is also an element of customization. Many of the designs allow you to choose the color of your band and with the Valiant collection you can even decide whether you want your watch with a Seiko quartz or Sellita automatic movement. 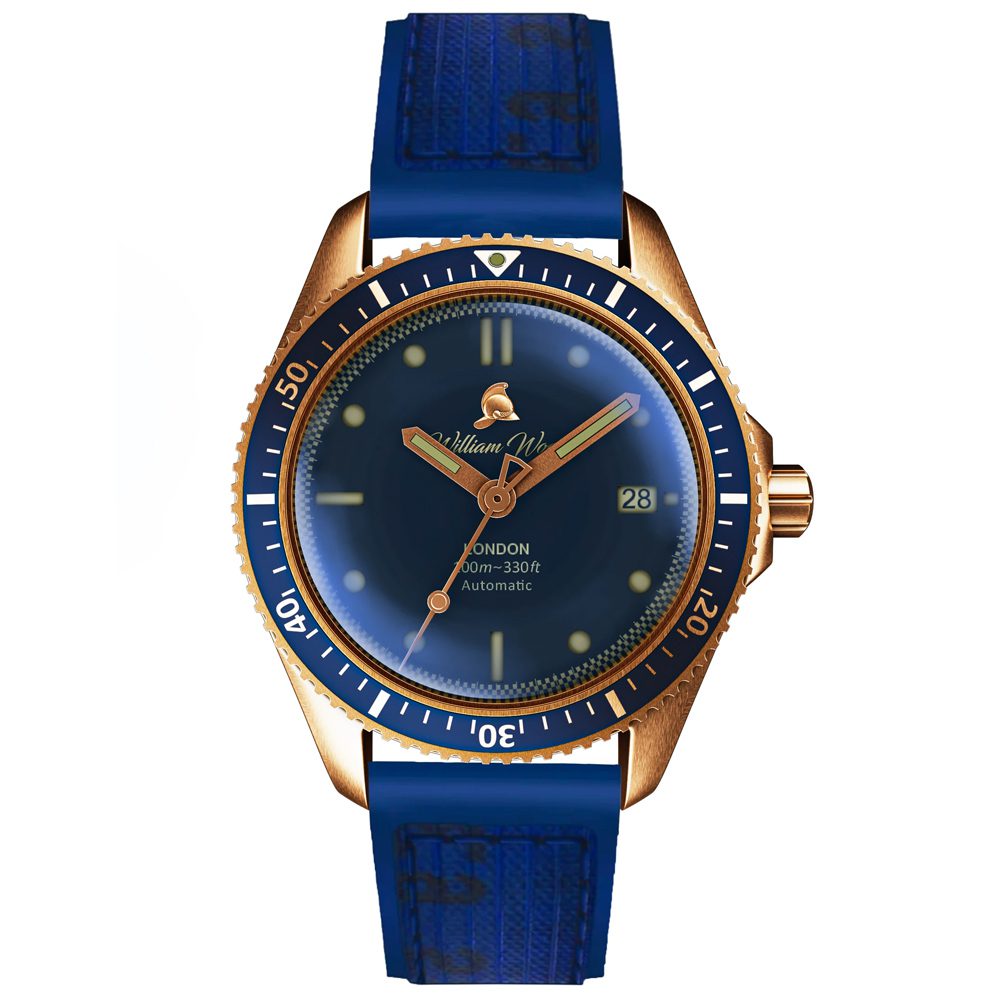 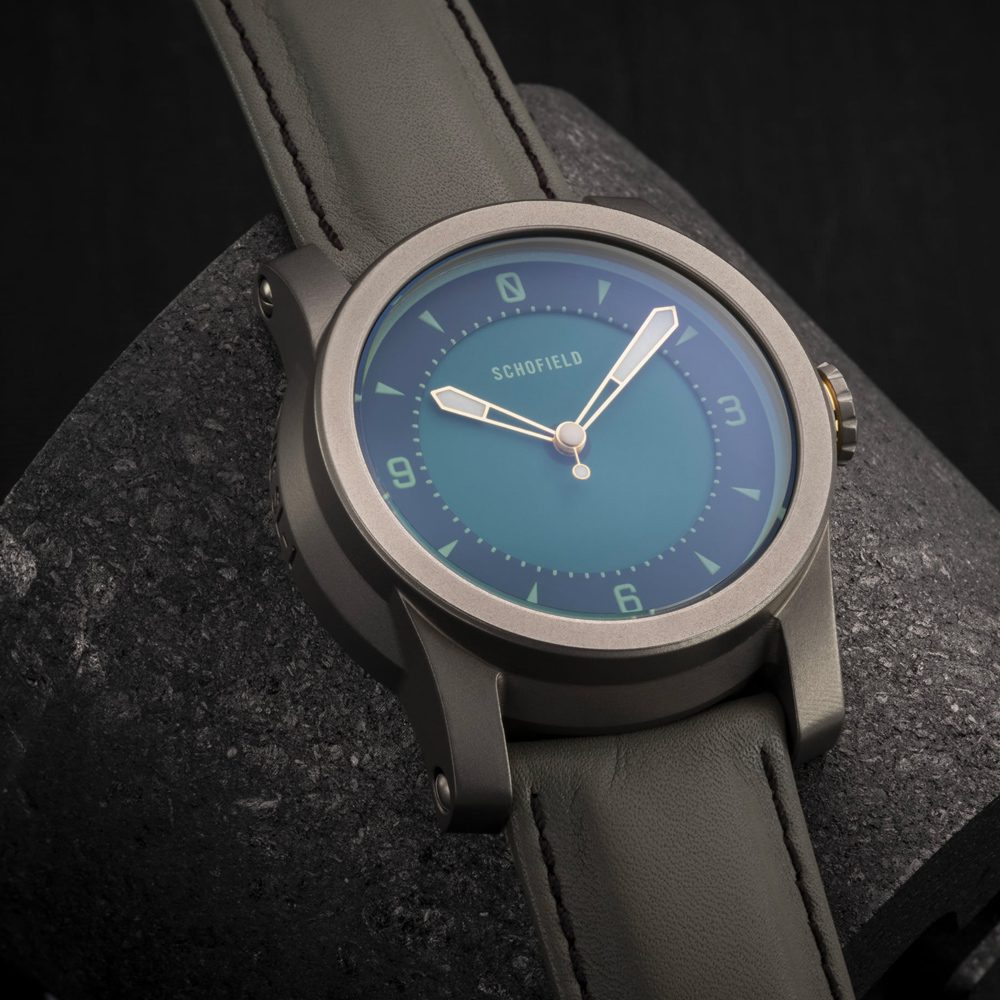 Giles Ellis has willingly swum under the radar for 10 years since he launched his first watch in 2011. Inspired by the sea, coastline and lighthouses, Ellis’ timepieces are rugged, substantial tool watches you can imagine surviving a sea storm. Despite being a British brand, Ellis has never chased the ‘Made in England’ name on the dial. House.

He takes great pride in having 100% control over every aspect of the design, from the watch to the website. There’s no retail network, meaning you’ll have to make a pilgrimage to the small village of Upper Beeding to try a Schofield, something that has contributed to Ellis’s mystique and cult-like following.

One to buy: strange lights not quite red