The “Center of Germany”, as Hesse is also called, is known for a multitude of beautiful cities, which are for many among the most beautiful in Germany. Above all, the numerous half-timbered towns are typical of the state. Whether sights such as monuments, large market places, old city walls, large defensive towers or historic buildings: The beautiful old towns in Hesse have a lot to offer. 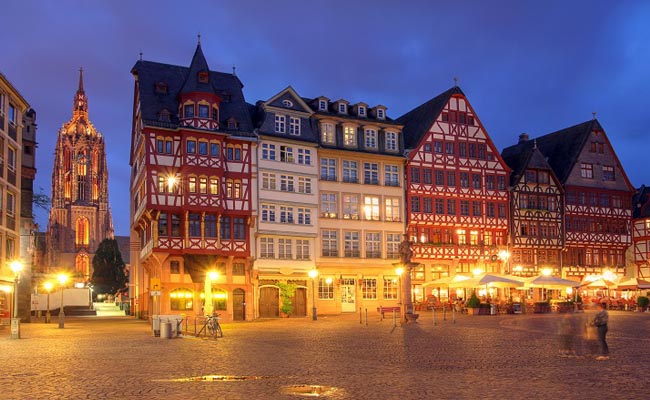 Frankfurt, which is also known as “Mainhattan” due to its location directly on the Main and the many high-rise buildings, has so much more to offer in addition to the large airport, the European Central Bank and the banking district. In the Frankfurt Old Town The otherwise very lively, modern and international city shows itself from a completely different side.

the historical Frankfurt Old Town was completely destroyed in World War II. But in recent years, reconstruction work has been carried out diligently and since 2018, Frankfurt’s new old town has been shining. Thanks to the original structures, a believable impression of the Middle Ages is conveyed here. When you marvel at the many traditional buildings such as the Goldene Waage, Klein Nürnberg or the Red House, you imagine yourself back in time.

The heart of Frankfurt’s Old Town is the Romerberg. The beautiful Christmas market takes place every year on the central square, which you should definitely visit at Christmas. The oldest building in Frankfurt is the Kaiserpfalz, which is now an excavation site. On the hill above the Main you can still find remains of the Romans and Carolingians.

An absolute highlight for fans of German history is the famous Paulskirche, where the first German parliament convened. But not only history buffs, but also art lovers and culture buffs come in Frankfurt’s Old Town on your cost. In addition to many galleries, there are also various museums such as the Museum of Modern Art or the Historical Museum. Experience a Frankfurt like you’ve never seen before!

Hungry after your exploration? We tell you where you can eat deliciously in Frankfurt. 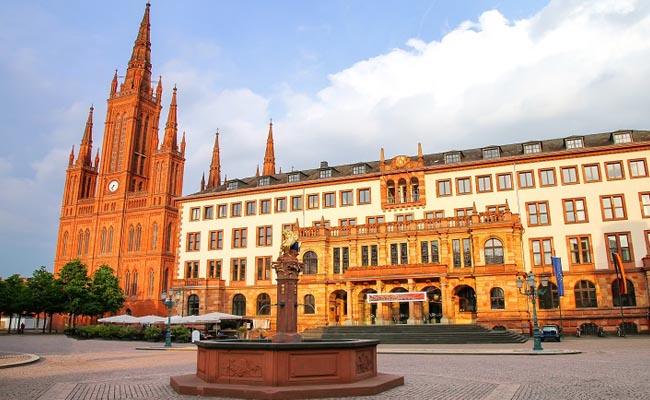 Wiesbaden is not only the capital of the federal state of Hesse, but also a very versatile health resort. Unlike Frankfurt, Wiesbaden was barely affected during World War II and so many historic buildings are still well preserved today.

the Old Town Wiesbaden is characterized by narrow and winding streets such as the famous Goldgasse, where you will find a variety of good and international restaurants and cafes. This is mainly where the gastronomic chefs of the city have settled. On the impressive market square, the site of Dern’schen, not only the weekly market takes place twice a week, but also many events such as the popular shooting star market or the Rheingau Wine Week.

Do you feel like strolling through the city? In the Wiesbaden Old Town no problem! From exclusive jewelry to high-end clothing, from fine boutiques to craftsmanship – shoppers enter Wiesbaden’s Old Town completely at their expense! Then you should definitely stop by the Mauritiusplatz, the heart of the old town. Here you can relax with a delicious coffee or a traditional “Äppler” and end the day.

Fulda’s Old Town: Travel Back in Time to the Middle Ages 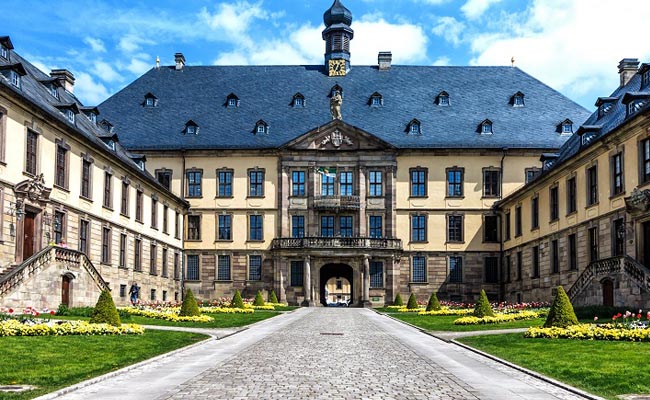 Lovers of the Middle Ages are in the Old Town Fulda on the spot. The former center of the city is the “Unterm Heilig Kreuz” square, where Fulda once received customs duties. Right next to it is the impressive old town hall, where meetings used to be held.

Want more medieval flair? Then we go to Rittergasse and Severiberg. When you visit the medieval chapel, the Severikirche and the house “Zum Roten Löwen”, you will imagine yourself back in the time of the knights and damsels.

Do you like the Baroque more than the Middle Ages? You can also use this style in the Old Town Fulda experience. In addition to the Chancellor’s Palace, there is also the impressive town church, which is located directly on Bonifatiusplatz. From one of the many small cafes you have a beautiful view of the baroque building. Fulda is not called the baroque city for nothing. The small restaurants, pubs and shops also invite you to linger.

Old Town Wetzlar: In the footsteps of Goethe

Playful Baroque buildings, medieval marketplaces and old half-timbered houses – this is it Old Town Wetzlar. Wetzlar Cathedral will surely catch your eye first, as the cathedral has not been completed since the 15th century, it resembles “a cathedral within a cathedral”; the architectural styles are so different.

Which one of you has read the book “The Sorrows of Young Werther”? Even if you don’t know, you must visit the lottery house. This is a reminder of a stay of Johann Wolfgang von Goethe.

Shoppers also come to the Old Town of Wetzlar entirely at their expense. Everyone will find their own personal favorite store here. After a long walk through the many small boutiques, relax in one of the cute cafes and restaurants and enjoy the romantic atmosphere of the Old Town Wetzlar enjoying. 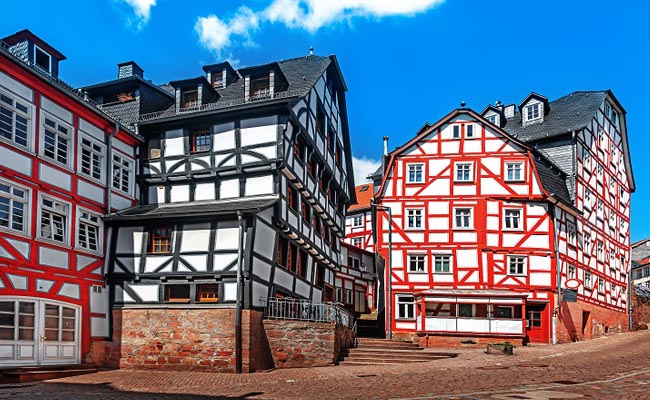 Marburg’s Old Town was built directly on the castle hill on the river side of the Lahn. Not for nothing wears it Old Town Marburg the name Upper Town. In the past, as now, there was not much space here. The narrow streets and densely packed medieval houses form the picturesque image of the Upper town Marburg. Just the sight of the more than 700 historic buildings will amaze you. How can there be so many people in it? Marburg’s Old Town have lived? Stroll around the market square and as you marvel at the half-timbered houses you get a bit of a sense of what it must have been like here more than 500 years ago. How about a little break? Here you can relax with a cup of coffee or a refreshing beer.

But don’t forget to take a short detour to the Old University afterwards. The former Dominican monastery, which was rebuilt in the course of the Reformation, is nothing short of impressive.

Would you like to get to know beautiful Marburg even better? How about a weekend away? We have for you fun weekend trips in Germany put together.

the Darmstadt Old Town is clearly shaped by the Art Nouveau, because the beginnings of the self-proclaimed science city go back to the beginning of the modern era. Although also in the Old Town of Darmstadt The Second World War left its mark, but some historic buildings could be rebuilt. Well worth a visit is the historic town hall or the impressive residential palace, which is located right next to the city’s oldest square, the market square.

At lunchtime or in the evening, be sure to visit one of the many rustic restaurants and try traditional dishes of Hessian cuisine. Freshly reinforced you can take a shopping tour, because around the center, Luisenplatz, you will find many small shops, but also large shopping centers. You need a little break from the hustle and bustle of Darmstadt’s Old Town? Then the Herrngarten is not far! The largest and at the same time oldest park in Darmstadt was created by the merging of several gardens and is perfect for relaxing a bit with a picnic.

Rüdesheim am Rhein: Hike in the Drosselgasse 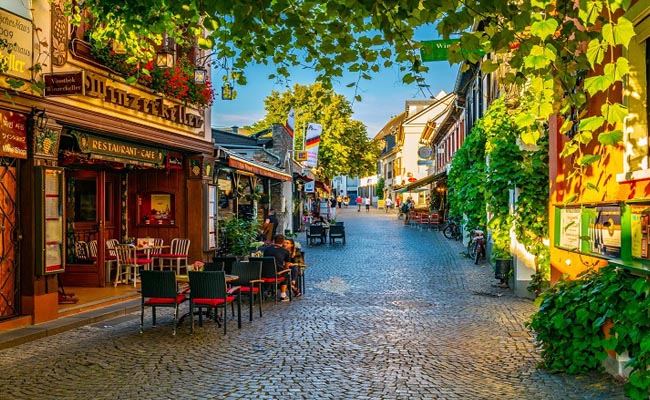 When you think of Rüdesheim, the first thing that comes to mind is “wine”, because the city on the Rhine is home to many different grape varieties on gigantic steep slopes. But the famous Drosselgasse also quickly comes to mind. The heart of the Old Town of Ruedesheim is a meeting place for locals, as well as for guests from all over the world who dock here by ship. When you stroll through the Rüdesheimer Drosselgasse, you will certainly feel the lively atmosphere spread by the rumbling of the many visitors in the small shops, cafes and restaurants. Enjoy the very special flair of the with a glass of wine Old Town of Ruedesheim.

But not only the Drosselgasse, but also the impressive parish church of St. James on the market square or the beautiful Rüdesheimer Adelshöfe are worth a visit. In the Oberstraße you will find the various courtyards from different cultural eras. Further down, right on the Rhine, the Eagle’s Tower still towers over the Old Town of Ruedesheim. A sight that impressed Goethe. 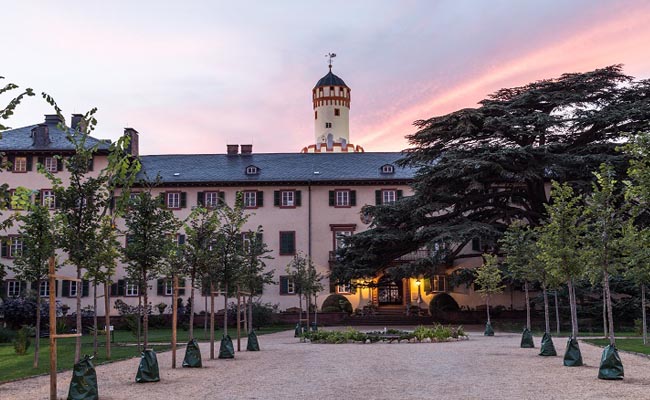 Small, old houses are hidden under the imposing Ritter-von-Marx Bridge, which stands in narrow and winding streets: Welcome to the Old Town Bad Homburg. Right next to the impressive bridge are two towers, both of which were part of the city wall. The tower of the town hall was mainly used in the 17th century for the violent burning of witches. Contrary to what the name suggests, the Witches Tower, on the other hand, has never seen any witches. Today it is one of the city’s landmarks.

Between the narrow streets and the historic half-timbered houses of the Old Town of Bad Homburg there are small shops that invite you to stroll. You are guaranteed to find gold pieces in the lovingly and individually decorated shops. Above all, the Stilhaus, an old half-timbered house, has a wide range of handbags, jewelry, scarves and furniture.

Well, which of these? beautiful old towns in Hesse would you like to visit? You can do more than one by car or train Old Town of Hesse Discover. Let’s explore beautiful Hesse!

On to the Sunday excursion! Discover beautiful old towns in Hesse was last modified: June 11, 2021 by means of Helena

Do you want this year New Year’s Eve in Vienna celebration? Once you get used …