With all that swagger and charm, it’s no wonder the Rat Pack has become a style staple, perhaps none other than the chairman of the board, Frank Sinatra. But offstage and without a black tie, the cool one may not have traveled as well. Take for example the cover of Nice ‘n’ Easy: there is Sinatra with a cardigan on.

The avid golfer was indeed an avid wearer of cardigans to play in—he bought his wide-sleeved alpaca styles in his favorite shades of orange, lavender, or pink, landing a $30,000-a-year bill at the Palm Springs Canyon Club store. And that was when $30,000 was a lot of money to spend on vests. 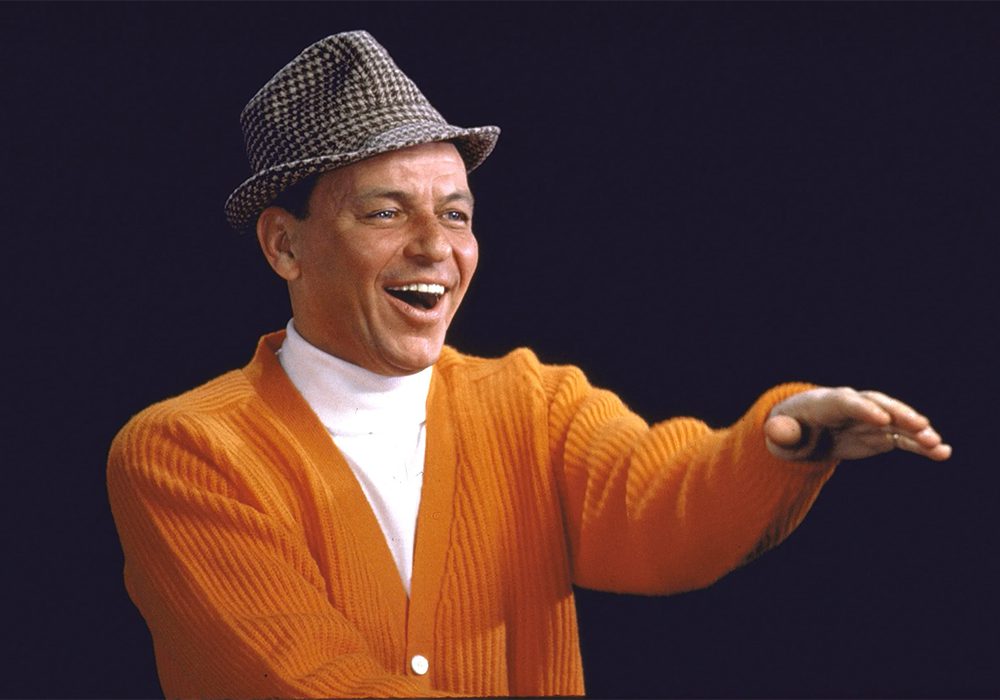 Frank Sinatra was a big fan of the vest

Sinatra wasn’t the only golfer who loved a vest. If today’s pros miss a trick by favoring more technical attire, Arnold Palmer and Jack Nicklaus—style kings and masters of the fairway from the 1950s to the 1970s—played in cardigans. But then Sinatra’s hero, Bing Crosby, was also a vest man. Watch his 1977 Christmas TV special, the one in which he sings Little Drummer Boy with David Bowie.

Take a look at a superstar crooner from the same three-decade span, from Andy Williams to Perry Como, and you’ll invariably find them in a vest. Como even made it his signature. To them, the vest suggested the sexy nature of a man totally at ease with himself, who had no need for flashy duds to make up for any lack of charisma. Relaxed, calm, in control, a man of easygoing charm and acumen.

A victim of stereotypes

Given these references, why is the vest getting such bad press? And we’re not talking the chunky shawl-collar cardigan with leather buttons, beloved by Burt Reynolds, Miles Davis, and Steve McQueen, or Bond in Quantum of Solace, or The Dude in The Big Lebowski—the more macho the cardigan, the more indicates whiskey by the fire after a hard day at sea. We’re not even talking about the letterman vests of the preppy 1950s, the collegiate style of Potsie Weber and Richie Cunningham in Happy Days or Danny Zuko in Grease.

We’re talking about the less substantial variety, thinner, more recalcitrant, loved—if TV and commercials are to be believed—more librarians and retirees “feel the cold.” 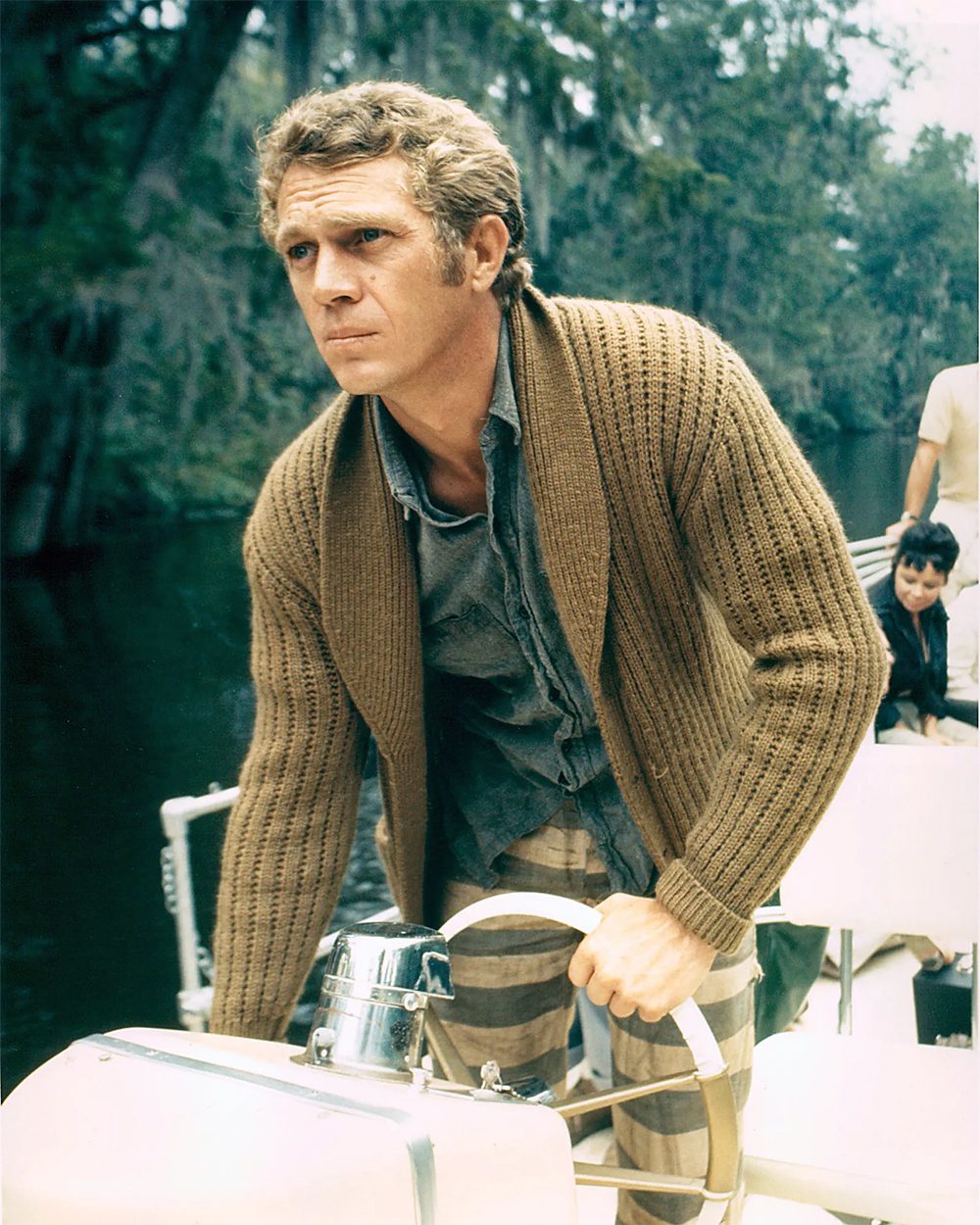 In short, the more traditional variant of vest, favored by Frank et al, has been wrongly blacklisted, a victim of stereotypes. The vest has become the go-to sartorial signifier to suggest the elderly elderly gentleman, or the harmlessness of, say, a Mr Rogers. And yet the vest has its origins in war, its invention being credited to 19th century British Army officer James Thomas Brudenell, more formally known as the Earl of Cardigan, the man who led the ill-fated Charge of the Light Brigade.

More importantly, and much less disastrously, it was also Brudenell who conceived the button-through knit as something he could wear under his tunic to combat the cold nights of the Crimea, but also, less radically, because he wanted something he could wear without to mess up his hair. No seriously. The officer class had a touch of dandy about it at the time, especially since waistcoats—which became something of a Victorian fad from his celebrity’s backs—were often plaited and fur-trimmed.

From Prince Charles to Kurt Cobain 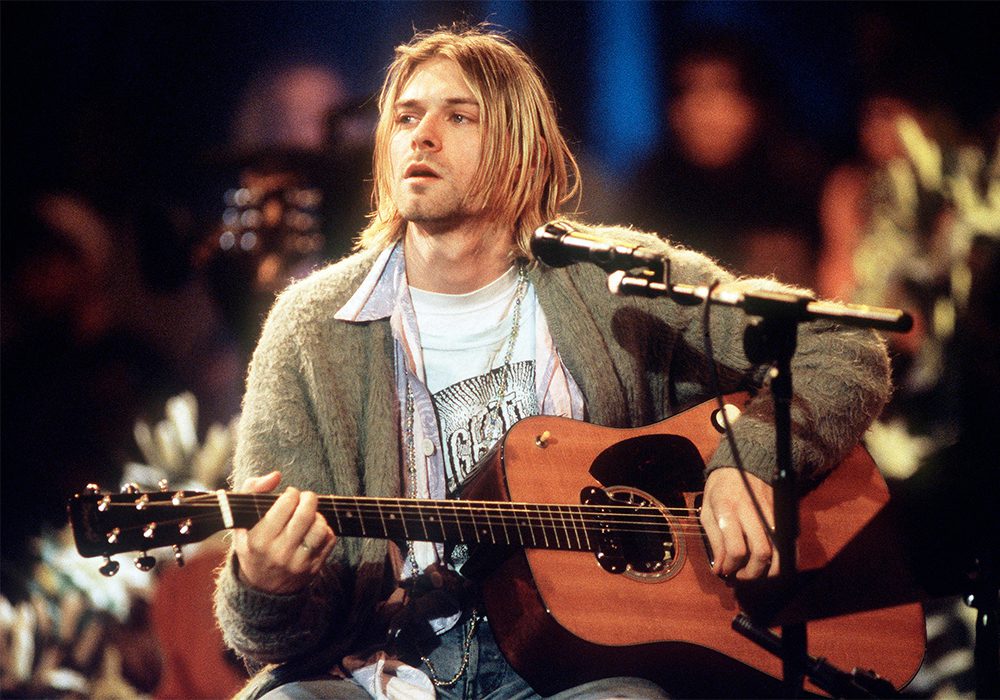 In addition, the vest is an eminently practical piece of clothing. Not just to keep your ‘do in order’. And not even for the pockets to store your pipe tobacco. Aside from the knit family of sweaters whose main differences lie only in their neckline, the cardigan is more like a knit liner.

By having some sort of structure and detailing (the placket, the pockets), a cardigan offers a little more dressiness than a regular pullover. It’s easy and close enough to slip on under a suit jacket without ruining the line, giving the visual effect of wearing a cardigan, but without the stuffiness that garment can sometimes entail. This is a look that many Italians have mastered.

And yet somehow the cardigan is equally at home over a t-shirt with jeans, confidently worn sloppily, almost off the shoulder. The cardigan is formal when it has to be, but a casual piece for leisure. 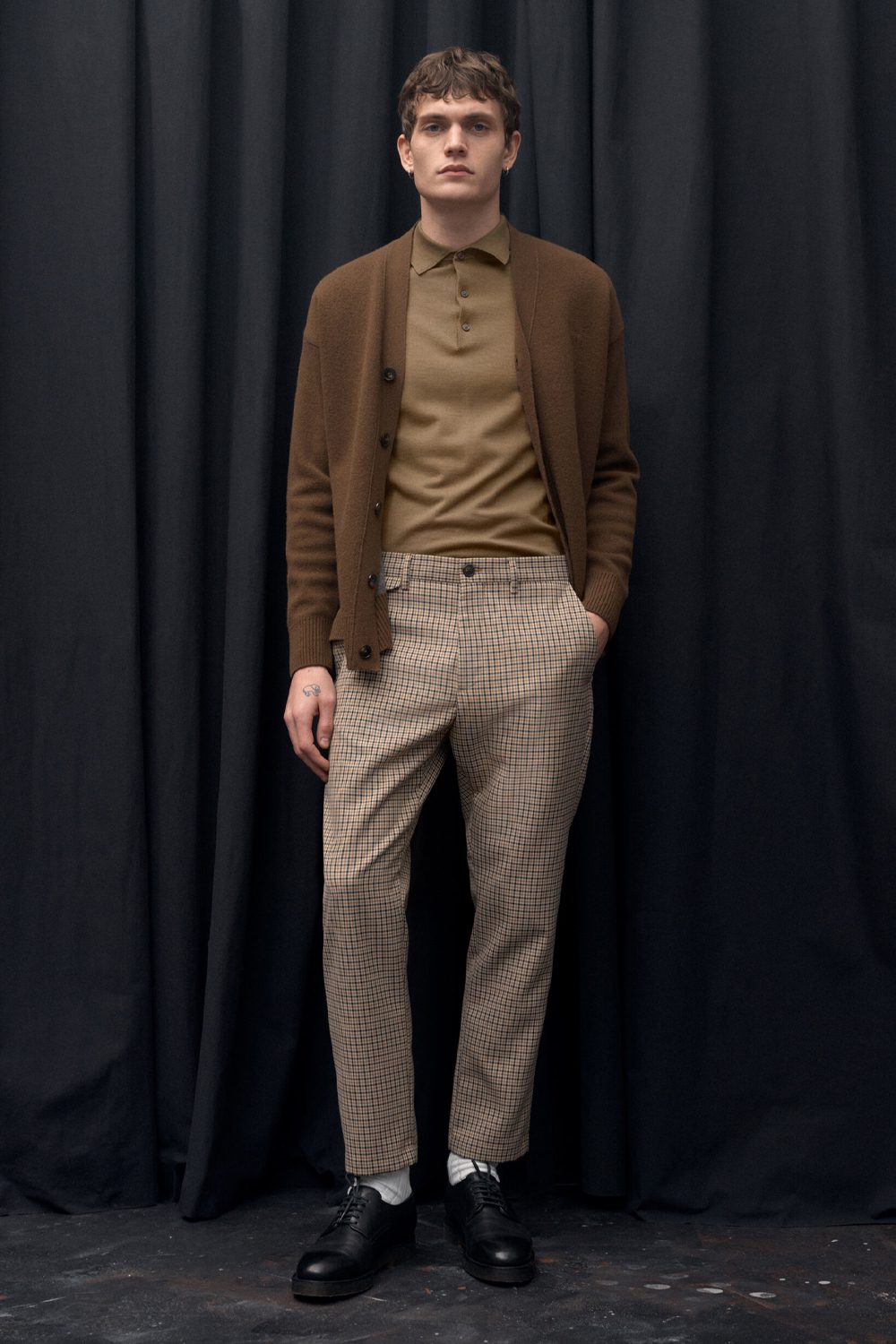 It’s time for the cardigan to regain its rightful place in the modern wardrobe.
Image: Closed

That’s why a cardigan looks just as much on, say, Prince Charles as it does on Kurt Cobain, who helped create the grunge mohair cardigan totemic, and saw it adopted by many a frightened teen in the 1990s and beyond. Others will appreciate the favored cardigan’s function as a kind of housecoat – the kind of house coat you put on when you enter the house after a long day of work, the clothes most symbolic of ‘home’.

Of course, you always get researchers working on it — look up Jay-Z or Pharrell Williams, two people you wouldn’t normally associate with the vest. That might suggest it’s time for menswear to revive the cardigan, but the truth is, it never really went away. Only nobody wants to talk about it, like it’s some dirty little secret of fashion, this great piece of clothing that’s tarnished like no other. It’s time for it to literally come out of the closet and take its rightful place.

Previous Ascension Day 2022 – when and where to?
Next 8 Under-The-Radar Watch Brands You Should Know